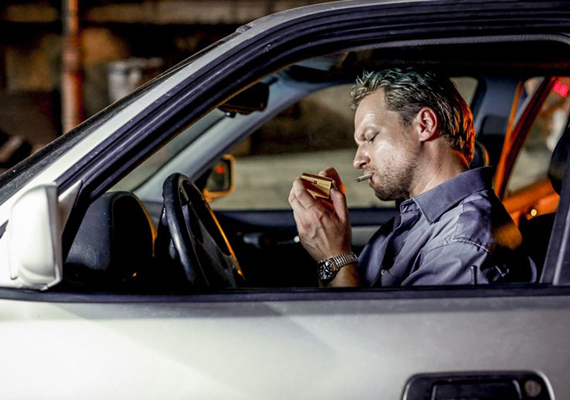 Tortured by the past

Michal Kollár’s first feature is a gritty crime-thriller set in the former Czechoslovakia, bringing back a cold case from the Soviet era.

Despite its title, The Red Captain is not a pirate movie, but a gritty crime-thriller set in the former Czechoslovakia. Director Michal Kollár is an established producer with his Fog’n’Desire Films, so his first feature film as a director is one of the biggest Slovak productions to date, with a high budget and strong production values. The film had its international premiere in the First Feature Competition of Tallinn’s Black Nights Film Festival.

The setting of the film in 1992, after the end of the Soviet era and shortly before the split into the Czech Republic and Slovakia, makes for a very interesting period piece, recreated in detail and with the help of special effects by art director Tomás Svoboda. For the script, Kollár and co-writers Anna Fifikova and Miro Šifra partly adapted the best-selling novel by Dominik Dán, “the Slovak equivalent of Ed McBain or Ian Fleming”, according to the director.

At the centre of the story is 32-year-old homicide detective Richard Krauz (Maciej Stuhr), “a good and a bad cop, all in one package”. The embodiment of an ambitious, workaholic policeman, he still tries to be a loving husband and father. Having just caught a serial killer, he stumbles across a cold case from the 1980s that leads him into a rather complex plot involving state security and the Catholic Church.

The skeleton of a church clerk literally surfaces in a disused graveyard, with a nail in its skull. “This was no suicide,” the cynical coroner comments. While Richard’s older partner shows very little interest in the case, Krauz cannot let it go, partly in order to prove he is not one of those covering up the previous regime’s crimes. The key player in this political crime case is an interrogator for the former secret police, nicknamed the Red Captain, for his brutal torture techniques.

The director went for a hard-boiled, Eastern European noir in which the references and borrowed genre elements, such as the Chinatown-like summer heat, are plain to see. Together with his Polish DoP, Kacper Fertacz (an up-and-coming cinematographer, this year also on the festival circuit with The Last Family), Kollár meticulously created elaborate shots, from the fancy title sequence to the prolonged showdown, and even right down to the shortest scenes. The texture and grading of the film do not try to achieve a realistic look, but rather enhance the 1990s-era nostalgia of the set design.

The slightly over-complex plot line with its various suspenseful twists and the subsequent running time of 115 minutes raise the question of whether the material might not be better suited for a high-profile mini-series, like, for instance, The Americans or The Last Panthers. Financially, this project is one of the most expensive co-productions undertaken by the Czech Republic and Slovakia, two countries whose film industries are closely connected.

Although international audiences will find it hard to pick up on some of the details, like the language differences between Czech and Slovak, or the original television snippets of politicians campaigning for the split of the country, these socio-political specifics add to the film’s atmosphere. Like the very best genre classics, The Red Captain has an additional pinch of spice in a carefully balanced piece of craftsmanship. And through this mix, the film works very well as a suspenseful narrative.