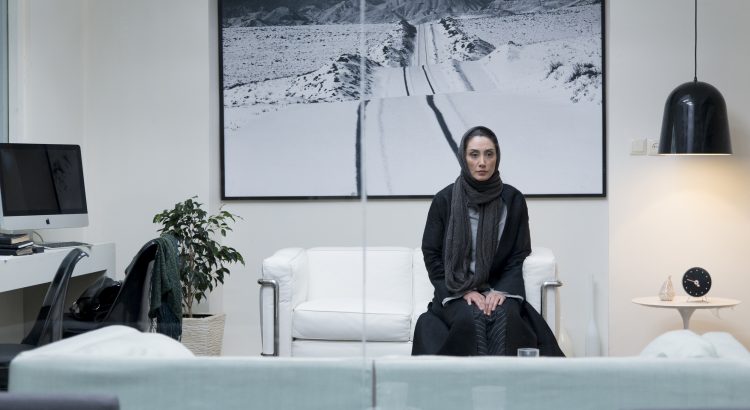 Here’s my review of the First Feature Film Award at the Tallinn Black Nights.
First published on Nisimazine.

A duet is for two only, per definition, and so is a marriage. When the voice of a third joins in, the romantic music gets out of tune – or turns into an amour fou story. Duet by upcoming Iranian director David Nanesh is not such a story. His unflinching analysis of two married couples feels unusually mature for a first-feature film, both in topic and style.

Based on his own short film of the same name that was selected for Cannes 2013, the director takes a second shot at the same story with a new set of actors. Hamed (Morteza Farshbaf) was deeply in love with Sepideh (Negar Javaherian) back in their college days. When she comes back to their hometown in Iran as an accomplished musician, he runs into her on purpose to see if the conserved feelings would fall apart in present circumstances.

Hamed wants to turn the page with his wife Minoo (Hedieh Tehrani), a music teacher. As he discovers when they meet, Sepideh is married as well, to construction developer Massoud (Ali Mosaffa). While the chat in a friend’s music store was meant to help Hamed get over their old love, it turns out that it is not so easy, and the reunion jeopardizes his marriage to Minoo. But Sepideh is also touched by their encounter, a fact she can’t hide from her husband. As the fourth to this triangle of musicians, he immediately feels excluded and starts looking for his wife’s former lover on his own. All this starts opening badly healed wounds and challenging the two seemingly solid marriages of this quartet.

The jury, including fellow Iranian director Reza Mirkarimi, as well as director Sudhanshu Saria, producer Joyce Pierpoline, distributor Dorothee Pfistner, and film music producer Michael Pärt, praised these emotional unveilings: “For its finely observed exploration of love, desire, regret and fidelity and its nuanced understanding of gender politics in a society defined by tradition and belief.”

This second part might be considered a wishful over-interpretation, as there is no mark of religion or politics in the direct sense, and very little to imagine deeper political contexts of these middle-class Iranians. But there is also no need for it in this universal relationship drama. For this film’s story, the gender roles don’t play a decisive part. The two women are rather independent and strong-minded, it’s the men’s individual insecurities – one torn between two loves , the other jealous – that sets this emotional spiral in motion. The dialogues predominantly consist of meaningful silences and misunderstandings: “Is that why you were upset? – Was I upset? – Weren’t you? – No, I wasn’t.”

Nanesh’s choice of a bleak visual style reflects this bittersweet mood. Set during the Iranian winter, in cold offices and the couples‘ homes, the film’s aesthetics are dominated by desaturated colours and shades of grey. The symbolic leaking pipe in the house of Hamed’s dead father and the funeral of a Moussad’s relative establish the minor scale sound of this piece. Melancholy classical music and the long slow-motion tracking and Steadycam shots are used quite abundantly. In the end, it comes down to how invested a viewer is in the intimate premise of the film and the believable characters’ emotions respectively. What elevates some of the scenes from the danger of dreariness is the great acting by the group of four lovers.

David Nanesh’s Duet is an accomplished debut that joins the tradition of high-quality serious dramas of his teachers Asghar Farhadi (Golden Bear and Oscar for A Separation) and late Abbas Kiarostami whose recent death the director mentioned in his acceptance speech at the Black Nights Festival. ■

The festival’s video interview with the director: