Before beginning my trip to North Korea tomorrow, I though it would be nice to note some of the expectations such a destination brings to my/our mind.

The clichés we have about this country are of course one of the main reasons to go there, regardless of how politically negative the might be. But when I think about them for a moment, I must admit that they mainly come from comparisons with other historical clichés, as I imagine NorthKorea as a Asian verion of Stalinist Russia / Sowjet which I of course only know via the retrospective of history books.
The political oppression and „bondage“ that is part of this cliché isn’t something we will be able to see directly. We will only try to imply the lack of freedom, as a backside of the thing our guides will present us. As Hannah Arendt writes in her analysis of totalitarianism, the other side of the terror we can’t see, is the iodeology. I expect to see a lot of the concrete manifestations of this ideology, as this kind of ideology doesn’t hide and negate itself as in capitalism. So we must (and can only try to) look closely at the ideology, b/c the terror, fortunately, won’t be felt by us and I don’t even expect to hear about it indirectly. Maybe we get some feeling of the surveillance, for example in our hotel with its notorious „secret“ fifth floor.

So I prepare myself to see a lot of unreality, because I suppose, we will be shielded – carefully and most likely in a subtle way – from a more direct look at daily realities in North Korea, at least the bad ones like e.g. food or eletricity problems that are allegedly exist. We will live in relative luxury in a surrounding of poverty – but that’s nothing special and the same as on so many journeys in non-Western countries. The moral impression we will try to find is something like “Champagne wishes & caviar dreams”, as one visitor calls it in his review of one of the two tourist hotels in Pyongyang. Despite all that, I guess the dominant cliché of the anachonistic backwardness won’t be very true as what I have seen by now, at least Pyongyang is a rather modern city, although the dominant style might still be that of the 70ies/80ies. I also expect that we will be presented the signs (technical) „modernity“.

Unreality isn’t a bad thing in art; but in politics, at least there, reality is still the basis, the center, the reference for all the word plays by politicians, pubdits and journalists about it. So our „job“ is to look for the hints of the underlying ambivalences. But not only the negative counterparts to the expectedly (over-)positive presentation.

Visually, the corresponding cliché is one of greyness, emptiness and sadness. So, contrary to most vacations, this will be the mental reference point from where one can try to find the exeptions and the contrary „real truth“. So the challenge will be to find both the reality of the cliché and a reality beside the cliché. Ideally, the opposition between the two, respectively between the colourful propaganda visuals and the harsher side pics, will be visible in the representations we produce. But I suppose, in the end, the pictures of the surfaces will be the most interesting, as much of the things we will encounter will seem as an exaggeration to us. This is partly due to the strangness every faraway culture imposes on our reception because we are unfamiliar with it. But in this special case, it’s also a way to keeping a save distance from the political implications, a satirical reflexivity that helps us as a group to stay outside which is necessary or at least unavoidable to some extent. There are countless jokes about Kim Jong-Il – just do a google picture search; two nice examples are below – who is something like an anachronistic dictatorial pop star with his own distinctive trademarks (square glasses, grey suit, cap) – the most famous being the Kim Jong-Il Looking At Things Tumblr Blog that satirizes the propaganda photography every politician offers. In a way, he’s save to make fun of as he’s locked inside his small unimportant country far away.

One question I ask myself is: What do I want to „capture“? Should I plan on capturing something? Given the restriction that are to be expected (of moving around, of going and looking at city and rural spaces as we would (want to)), it’s probably good to caonjure a few visual ideas. Also, it’s naive to say that you’re not looking for something, as the visual clichés I described above are always present and you can’t ignore them, even if you try to escape from them, which is not the most interesting way i.m.o..

I also expect that we will be a bit ashamed not to be shocked, as we probably are when we look at the pictures with their corresponding tag lines and well-meant tendencies. The encounter with this very special country and the very special preconceptions we have about it will be therefore be a special challenge to our capacity to free ourselves from the latter and reflect upon the scale of ambivalence North Korea will present to our eyes.

If anybody reads this: What are your expectation / clichés about North Korea? And how would you try to encounter a country like that? 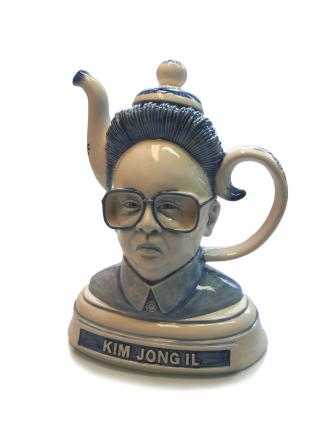 Some impressions I’ve looked at: